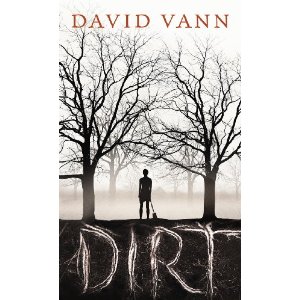 David Vann’s Dirt presents something of a dichotomy. This is a novel deeply concerned with fragmentation and disjunction, oppression and dysfunction. And yet Vann’s fragmented and oppressive delivery renders Dirt ultimately unsatisfying despite very compelling and unsettling passages. It is 1985 in Sacramento, California, and 22 year old Galen lives with his self-deceiving and emotionally immature mother in their old family home which is surrounded by neglected land and a walnut orchard. They live on the money of Galen’s grandmother, the survivor of an abusive husband, who has been parked in a home as her memory fails. The anguish and violence of Dirt centre on this money which Galen’s aunt and her 17 year old daughter Jessica feel they are being denied by his mother. Whenever the family convenes snide comments and resentment and selective memory suffocates all feeling. Eventually, in a cabin in the mountains, all hell breaks loose; all the familial fragmentation that accompanies Galen’s desired material dissolution becomes complete. What happens then is testament to Vann’s undeniable power to shock.

Galen’s postprandial purging is the literal manifestation of the corruption festering inside his family. Violence and hatred and despair concentrate in a stream of vomit.

He found a stand of smaller pines providing enough cover, braced against the largest of them, leaned over, pushed is finger back hard into his throat, and let all the piggy grease and egg drool and pancake and syrup come out, purged himself, made himself clean again. If only there were some way he could throw up his family and not have them inside him anymore.

Galen is symbolic of the thematic tensions of Dirt. His bulimia bespeaks a revulsion for the physical, for the dirt and soil of the garden, for his desire that this too too solid flesh would melt, his world bounded by the grounds of the family estate: an unweeded garden, that grows to seed; things rank and gross in nature possess it merely. Galen’s relationship to the contents of that garden, to the dirt and detritus which surrounds him, comes to define the novel.

Galen seeks detachment from the world and the most corrupting attachments of those around him are to the memories they hold dear of an alternately idyllic and dysfunctional childhood in the house and garden which looms large in Dirt. They would do better to let them go, and yet in Galen’s grandmother Vann implants a warning against the kind of detachment he seeks: ‘Do you know what it’s like to not remember? It’s like being no one, but still having to live anyway.’

Substance, weight, matter lie behind all of this. How do people become substantial except through memory and attachment? Each character has different memories, different attachments, and so the heft of the world is different for each. The air, the sun, the earth resist, substantive each in their own way. For Galen, the desire to dissolve and the substance of the world become interwoven.

‘The point was the struggle. The air thickened here so that he would labor. The shovel felt heavy so that he could feel he was doing something. The world provided resistance, and as we struggled through, we learned our final lessons.’

Vann’s writing allows no escape from the physical and from exertion. His is an intensely embodied language, continuously frustrating the Galen’s ascetic aims; never more so than when Galen’s cousin Jennifer arouses his lusts, reinforcing his embodiment and his attachment in the starkest terms possible. Vann pulls no punches in his depiction of their broken relationship, rejecting the dualism of the New Age and Buddhist mishmash to which Galen subscribes, but leaving little by way of consolation.

This is a very good but not a great novel. Ultimately, it doesn’t quite cohere and, in a sense, it is not meant to. Vann conjures the disjointed welter of images, thoughts, sensations, and frustrations Galen experiences effectively, but at too great a length.

‘Everything we knew was fragment. Streams held together to appear as solids. The fundamental nature of all things.’

To an extent repetition and the visionary are effective, and some of Vann’s writing is breathtaking both in its subject and delivery, but beyond a certain point it becomes somewhat numbing, which undermines the intended effect. The final third of Dirt is gripping, but even there Vann’s writing can feel overcooked. It is deeply unsettling to read and that is testament to the way Vann plays out the horror and dissolution of his subject.